From the Editor's Desk: Thanksgiving leftovers ...

It wasn't quite a vacation. It wasn't even what I'd consider to be complete days off. But a couple days mostly away from keyboard, and worrying not so much about work is a good thing. I managed not to overdo the turkey too badly. Or the stuffing. Or the mashed potatoes. Or the roasted vegetables my grown-up self actually likes. Or the cheesecake. Or the wine. And I managed to continue my brief runs. And spend some time with the wife and kids and the rest of our family here.

All in all, a pretty successful holiday. But there are a few things worth thinking about.

HTC One GPe Android 5.0 updates could arrive as soon as Monday

The saga of the HTC One Google Play edition Android 5.0 updates continues! Thankfully, we’ve got some good news to share.

Mo Versi, HTC’s VP of Product Management, has revealed on Twitter than the One (M7) and One (M8) GPe Lollipop updates are currently in Google’s Quality Assurance labs and that they’re slated to get technical approval by the end of Monday. If they do, then HTC will begin pushing the updates out over the air that same night.

@MirekToman Miroslav, the SW for M7 & M8 with the fixes are in Google’s QA lab. Their target is to provide TA by end of day Monday.

We’ll just have to wait and see if these new and improved Lollipop updates get approval from Google or if they end up like the last one that got delayed. The good news is that we’ve only got another day to wait to find out what happens, and what’s more, the actual push could begin just hours after the update is approved by Google. Let’s hope that everything goes according to plan this time.

@iCTechReviews If we get TA by EOD Monday, I’ll have the SW OTA the same night (in a few hours of TA).

This textured hard case and holster combo for Nexus 5 is on sale today for just $9.95

Rock this low-profile, durable hard case that sports a retractable kickstand for watching movies on the go and a durable rotating holster that clips to your belt or pocket for quick and easy access. Choose between black or white models and save 50% off the list price today!

Black Friday Weekend Sale: 25% off Android batteries or 15% off accessories!

To wrap up this extravagant Black Friday Weekend Sale, we're taking 25% off each and every one of our Android batteries in the store until midnight (PST) tonight!

You heard right. Grab a spare battery for your Galaxy S5, Galaxy Note 4 or even a backup battery to use while you're traveling for the holidays. They come in all shapes and sizes, so be sure to pick the appropriate battery for your specific device before you go saving all that cash. Simply use coupon code: Batteries2014 upon checkout to apply your 25% discount.

We offer super-fast UPS and USPS shipping services for you to choose from and payment methods include PayPal, Amazon Checkout and standard credit cards.

Just one final reminder that if you're not in need of a battery, you can still save 15% on all other Android accessories in the store by using coupon code: Turkey14.

The LG G Pad 8.3 Google Play edition has started to receive Google's Android 5.0 Lollipop update, according to user reports. While cogs have begun turning, it may be some time before your device receives the update due to the staggered rollout.

After a couple of unexpected delays, the Android 5.0 Lollipop updates for the Google Play edition HTC One M8 and HTC One M7 are hitting the final stretch this coming week. HTC Product VP Mo Versi reveals on Twitter that company's GPe Lollipop updates are "in Google's QA lab" and "their target is to provide TA [Technical Approval] by end of day Monday." 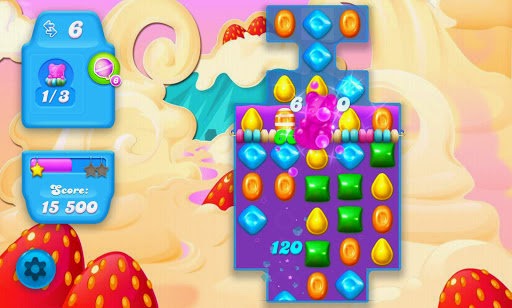 Candy Crush Soda Saga for Android updated with several improvements, new features and bug fixes. The latest version has arrived on the Google Play Store and now, you can update the game to version 1.32.11 to have access to all the divine new content.

A juicy addition for a sweet franchise, this game has been a mainstay in the casual gaming environment for some time. Now the makers have created a juicy compansion, Candy Crush Soda Saga. It has similar interfaces as the original game, but it adds in soda extras that include ways to make things more interesting and more delicious. The game itself is fun to play and addictive as Candy Crush Saga, recommended for everyone.

Candy Crush Soda Saga is not quite the same as Candy Crush. It's a wonderfully addictive game. Unlike the original Candy Crush, which felt very stale, this new adaptation is much more enjoyable and challenging. The game gives the player more opportunities to make special candies and to use them to our advantage. These levels are difficult, but not impossible and totally playable. It still makes you think about your next move as they are limited.

Definitely a new way of crushing candy with different objectives and obstacles to achieve success in the most entertaining way so far. The game developer, King really went far with this one. However, this game still has a lot of the same mechanics of candy crush with some twists with the soda flooding to add interest.

Here's a look at what's new in this update:

- New tab for mobile users, now you can ask just your Soda friends for help.

- Bubble Gum - The most stickylicious game mode yet.

Assassin’s Creed Unity App is an awesome companion app that helps you to link to your actual game and now, the latest version has arrived on the Google Play Store. Released as v1.0.3, this update is pretty hefty on improvements, bug fixes and changes. After the update everything works as intended. 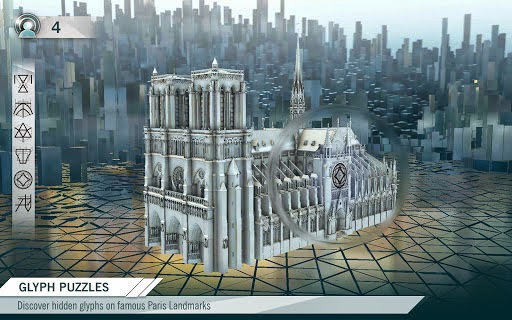 This companion app is absolutely brilliant. They basically replaced the Assassin's Missions in-game, to companion app. And If you're an assassins creed fan you should love this. It a lot like the mini games in brotherhood. You're being able to take care of your assassins while still playing as Arno on your system. The ability to look at the map while in game is cool too.

Ubisoft has been doing this with all games, they set you back to zero upon release. This is a fun companion to the game. It looks better than any other companion app, feels fluid and has some pretty neat features that other companions don't have.

The connection between the application and the game is great that you can access your database from it. It's the useful app that you can play on that actually affects your main game. You are slaying the second screen experience right now.

Here are the list what's new in Assassin’s Creed Unity App on Android:

- Fixes graphical corruption on some devices

The update is live right now if you have the app installed and if you've been waiting to grab APK Link Assassins Creed Unity App, now is the time to do.