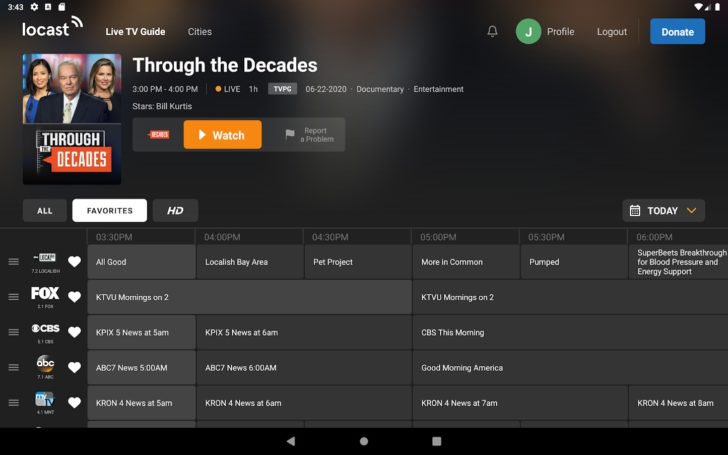 And another one bites the dust. Locast, a service that gathered local terrestrial television signals to stream them over the internet, has been felled by the lawers of said TV stations and their owners. The service had streaming apps on every major platform, including Android and Android TV, now unceremoniously shut down.

Locast, a portmanteau of local and broadcast, got its start more than two years ago. It gathered over-the-air signals from most of the major TV markets in America, then streamed them to mobile and TV devices, checking that the user had the right to view them by accessing location data.

Local TV re-streaming service Locast shut down by network lawsuit was written by the awesome team at Android Police.