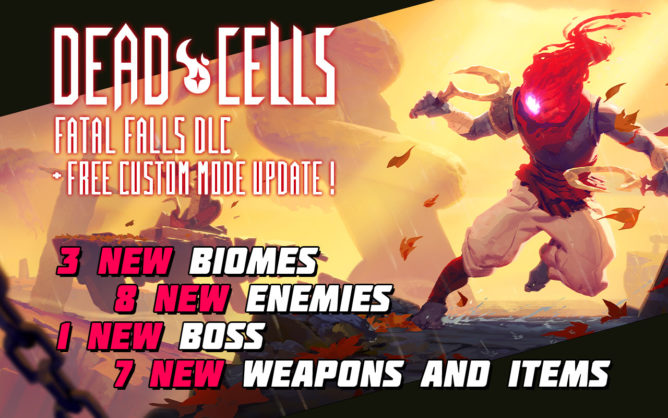 Back in March, The Bad Seed DLC made its way to the Android version of Dead Cells, and today there's an all-new DLC available known as Fatal Falls. Much like the previous content expansion, you can pick up Fatal Falls through a single in-app purchase priced at $3.99. This DLC offers three new biomes to explore, along with new monsters, weapons, and bosses. There's also a new custom mode available for free with today's update, and the game is on sale for half-off until September 28th in celebration of today's DLC release.

Dead Cells celebrates new Fatal Falls DLC with a 50% off sale was written by the awesome team at Android Police.