Google Maps may finally show how much your tolls will cost

in Apps , Apps/Games – Android Police – Android News , Games , Phones , reviews , Tablets - on 2:23 AM - No comments
It would be a huge help to anyone trying to get around as cheaply as possible 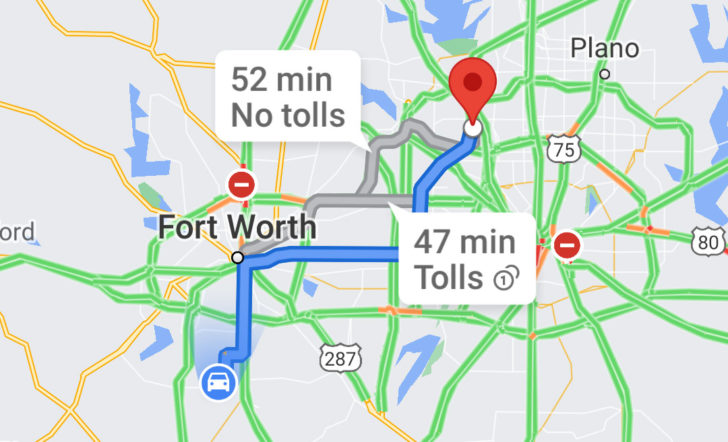 Google constantly tweaks its Maps program to make it more useful for users (and, admittedly, all the businesses that pay to advertise in the app and on the web). According to a message sent to members of the Google Maps preview program, the next major feature to be added will be automatic display of prices for tolls on roads, bridges, and other potentially expensive additions to your navigation route.

Confirmation came from a member of the preview program who was instructed to take a survey in order to direct the Maps development team on how best to implement the feature.

Google Maps may finally show how much your tolls will cost was written by the awesome team at Android Police.