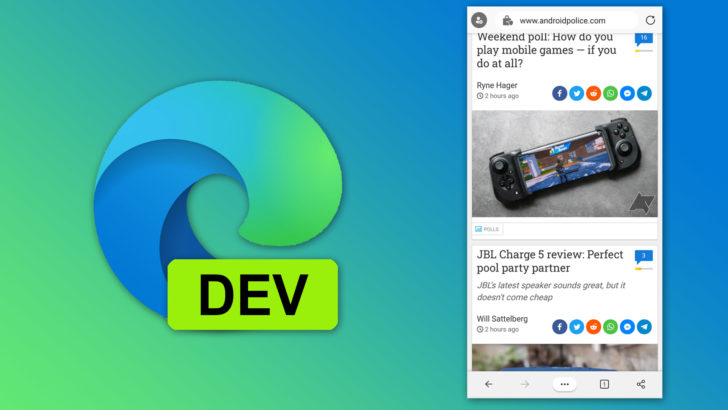 Microsoft is really fleshing out its mobile browser options. Last month the company published a Canary build of Edge to the Play Store, and it's following up with a Dev build today. That's three out of four of the release channels available as an Android version ... oddly, the Beta channel has yet to make its way onto the platform.

The Dev build is newer than Canary, but not as new as the Beta or standard release versions.

Microsoft Edge Dev joins stable and Canary options on the Play Store was written by the awesome team at Android Police.