Scheduling texts in Google Messages is officially rolling out for everyone

in Apps , Apps/Games – Android Police – Android News , Games , Phones , reviews , Tablets - on 12:25 AM - No comments
In case you don't want to wake friends with the latest meme in the middle of the night 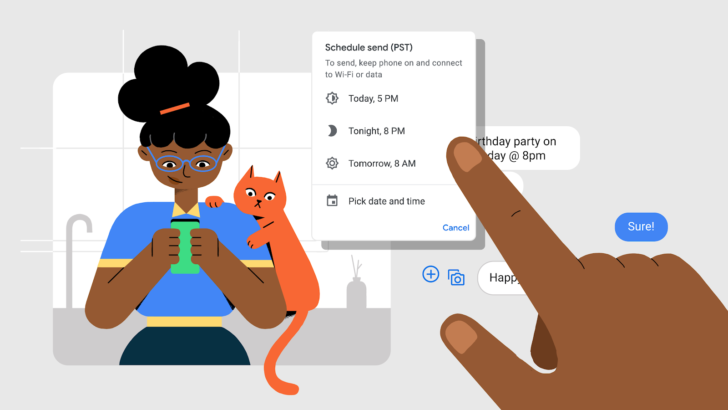 You can already schedule messages in Gmail and Telegram (among others), and now Google Messages is joining the club. The functionality showed up for a few people as part of an a/b test back in November 2020, and today, Google has announced that the feature will come to everyone using Messages on Android 7 and higher. The option replaces the long-press shortcut for sending an MMS with a subject.

Scheduling texts in Google Messages is officially rolling out for everyone was written by the awesome team at Android Police.